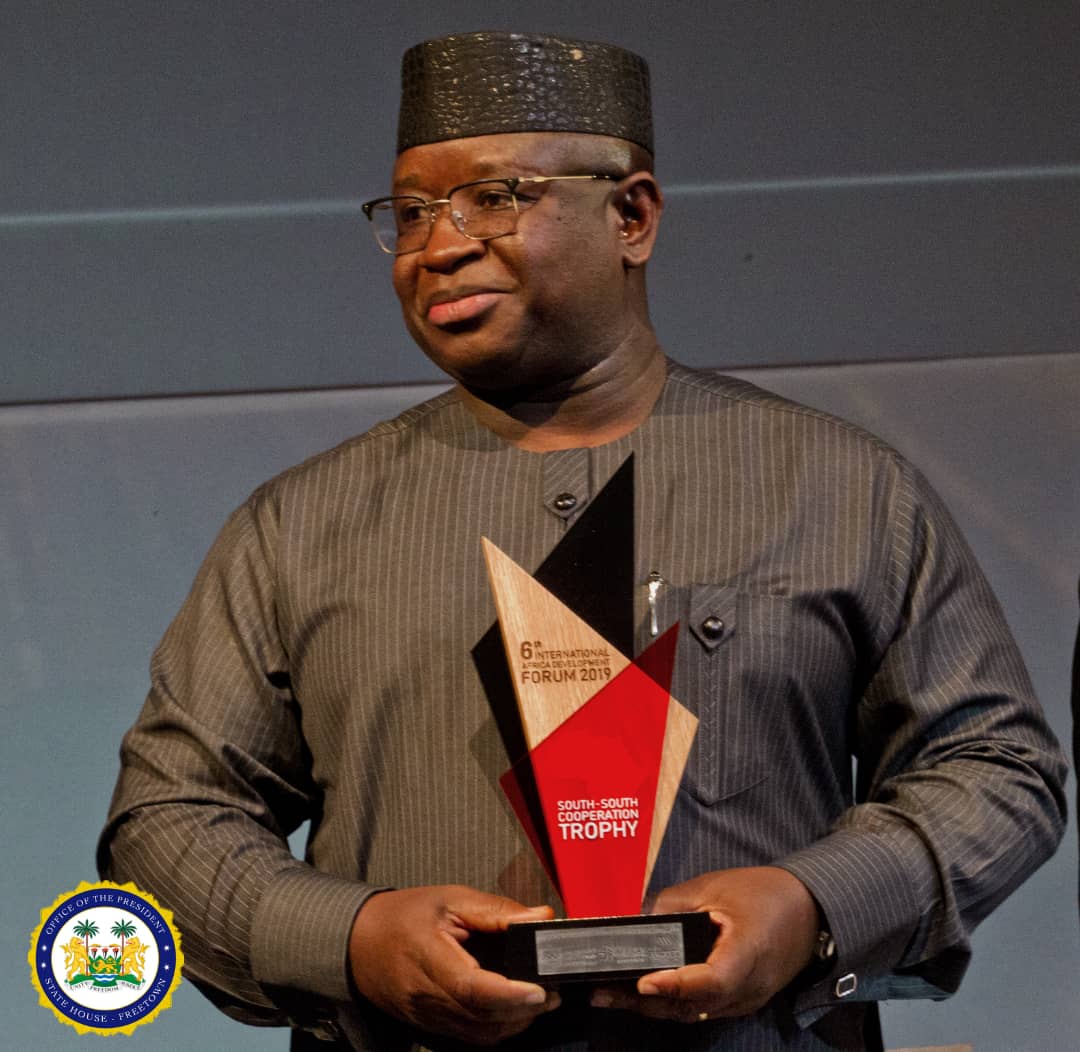 We are excited to confirm the attendance of His Excellency President Julius Maada Bio of Sierra to the Africa Blockchain Conference 2019.  President Bio will deliver the keynote address at the conference, and will be accompanied by his host, President Yoweri Museveni, both of whom will after their keynotes, then participate as panelists on the role of innovation in Africa’s transformation.

President Bio has a Master’s degree in International Affairs from the American University in Washington D.C, and is a cadet graduate from Sierra Leone’s prestigious Benguema Military Academy. At the age of 28, he led the coup that dislodged the then President and thereafter became a key member of the Supreme Council of State. Four years later, he led yet another coup to restore stability in the country, becoming President for three months, after which he handed over power to a democratically elected government. He then pursued a civilian career and studied international affairs in the United States, as well as governance in the UK.

Last year, President Bio won the general elections in Sierra Leone, and immediately embarked on a series of progressive reforms, among which included an executive order for free primary and secondary education. Free education, an increased budget and better teaching have been anchors of President Bio’s leadership, and the nation has since witnessed remarkable changes in the educational system. Within these reforms he has been a champion of innovation, including the impact of the 4th Industrial Revolution (4IR) on education.

The impact of 4IR on education will be discussed extensively under “The Future of Education” and “The Future of Work” topics at the Africa Blockchain Conference. Some of the other topics at the conference will include: (i) The future of digital financial services, (ii) Investment and business opportunities, (iii) SDGs in the era of 4IR, (iv) Regulation and taxation, (v) Bridging the gender gap, and more.

To participate in these session, as well as the others, get your ticket today, and join us at the Africa Blockchain Conference 2019, as we prepare Africa for the 4th Industrial Revolution.